Is it right to avoid inheritance tax? And one of my favourite ways to mitigate it.

Is tax theft by the government? I think most people would concede that it isn’t, but rather a necessary means to provide protection of life, property and human intellect. You may think of some other benefits and I’d welcome your comments but in my opinion everything else is a subset of these three. Once we’ve conceded, we are then faced with further questions such as, what is a fair level of taxation? Who should pay it? How should it be paid? And when should it be paid?

If you’ve accumulated assets having already paid various forms of tax, is it then right to have those assets taxed again?

I was listening to Professor Ha-Joon Chang, a political economist at Cambridge University and he made an interesting point although it was in reference to corporate taxation, the principles are similar. You see companies receive an incredible amount of state subsidies in the form of funding the education for the very employees who end up working for them, the development of state infrastructure such as roads, rail, powerlines, broadband and through the provision of a healthcare system and a police force. Therefore, only because the latter is all in place can companies make the sales and profits that they do.

Can the same principles then be applied to assets citizenry own, especially property? Possibly. You see house prices don’t necessarily increase due to the activity of the owner of the property but rather policies of the government, and therefore, is the argument that the government takes a portion of that growth a reasonable one? In the UK, the inheritance tax rate on wealth above £325,000 (ignoring the residential nil rate band) is 40%. I’m not sure how they’ve come up with a figure of 40%, but it doesn’t feel like such policies have made a 40% difference on the growth of one’s asset from the date of purchase. Also note, inheritance tax is not a tax on gain, it’s simply a tax on wealth upon which tax has already been paid.

I accept there is merit in the argument for some sort of tax on death, I’m unsure as to whether 40% is a fair charge or whether it’d be fairer to continue to tax the capital gain on one’s assets on death in its stead.

Inheritance tax is generally charged when there is a transfer of value and it’s usually charged on death. Now, if you were to gift an asset during your lifetime, it’s only deemed to be outside your estate provided you survive 7 years from making that gift. Should you die within those 7 years, the value of the gift is brought back into your estate and taxed accordingly.

Should you gift your asset to your spouse, a registered charity or even a political party, as they are classed as exempt beneficiaries there is no inheritance tax to be paid on that transfer of value.

Unfortunately, your children are not counted as exempt beneficiaries and therefore should they receive a transfer of value, an inheritance tax charge on that asset is to be paid.

Now there are several exemptions and reliefs offered by the government where the 7-year rule doesn’t apply and so when a transfer of value occurs it’s deemed to be outside of one’s estate immediately. They are:

The above exemptions are often paltry to the size of one’s estate and do little to mitigate the effects of tax immediately thereby leaving advisers to put in place more sophisticated strategies. There is, however, an area of legislation that’s oft forgotten which is found in Section 11 Inheritance Tax Act 1984.

This provision exists where one party of a marriage makes a gift to a dependent, such a person could be a spouse, child or relative. The gift is not deemed to be a transfer of value and so it’s deemed to be immediately outside the transferor’s estate.

Consider the scenario of where there’s a minor child who has 10 years of full-time education remaining at a cost of £40,000 per year plus university fees of £20,000 per year for a 3-year course. Structured properly that could remove £460,000 out of the parent’s estate immediately.

What I’d be thinking is transferring the £460,000 into a discretionary gift trust, and due to Section 11, there wouldn’t be a chargeable lifetime transfer of 20% that is ordinarily charged on similar lifetime transfers. Should the parent die, that trust fund doesn’t form part of their estate for inheritance tax.

Consider a second scenario involving a dependent elderly parent who needs live-in care, what I’d be thinking is to purchase a 2-bedroom property, of reasonable value, let’s say £325,000 for their parent which will also be occupied by the live-in carer. Under section 11, that purchase is not a transfer of value. It’s immediately outside of the adult child’s estate as the purchase is for a dependent relative i.e. parent.

Now, with appropriate wills and trusts in place for the parent, once that parent passes away, their property falls into appropriate trusts which do not fall (or return) to the estate of the child thus avoiding generational inheritance tax; that is successive charges of inheritance tax on the same wealth as it passes down generations.

Both scenarios require careful planning but are feasible. It’s also clear that the transferor needs to give up a degree of autonomy in order to mitigate the tax threat but when you’ve got a few hundred thousand as a potential liability it could be a worthy trade.

On a final note, I can’t stress the importance of diversifying your assets enough. Those with most of their wealth in property will have a difficult time in mitigating tax which will often require liquidating their portfolios or even taking riskier strategies involving equity release…but maybe I’ll write about that another day.

Should you like to explore your personal circumstances, complete the enquiry form below or book a call via the calendly widget below.

Clever gifts for children for a secure future 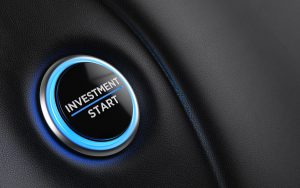 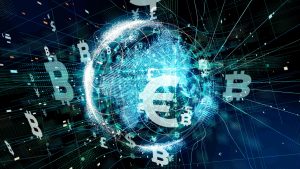 Opportunities and Threats Re. A Decentralised Cryptocurrency