The EU. In or Out? More than an economic argument

The British public have been promised a referendum by Prime Minister David Cameron to be held sometime between now and the end of 2017. I have come to find that this is the most important issue facing the UK and international relations probably since the turn of the 20th century and far more important than the debate on Trident.

However, the quantified arguments for and against staying in the EU appear to be based on short-sighted emotive topics without any serious reflection over long-term consequences. Consequences of which could ultimately shake the foundations of not only our economy, but our national identity, our security, and global development.

This short piece tries to simplify the facts and reflect upon the consequences. It’s only having sat down, and patiently reflected over the existing relationship with the EU, the alternatives and the globally multi-polar world have I come to a conclusion.

But let’s dig a little deeper, our trade with the EU is dominated in goods rather than services and we buy more from the EU than the EU buys from us. Since 1999 and 2014, our imports have grown on average 4.9% per year, compared to our exports which have grown 2.5% per year, which has left a trade in goods deficit at £77 billion.

Now, the UK also sells its services to the EU, and we are very strong in this regard with a surplus of £15.4 billion in 2014. Nonetheless, despite our strong position in the trade of our services, it is overshadowed by the overall deficit in trade due to the fact that we have been unable to compete stronger in the trade of our goods.
Our export to non-EU countries has however grown faster than it has with the EU; at a rate of 6.5% p.a. in contrast to 3.6% with the EU.

Direct Foreign Investment into UK
Of the UK’s ownership of foreign assets, 43.2% is invested in the EU, similarly, the EU’s ownership of foreign assets consist of 46.4% which is directly invested into the UK.  Interestingly, the value of assets held in the UK by non-EU countries has resulted in their value exceeding the EU stock in 2010.
In terms of individual countries investing in the UK, India remains the third largest investor only after the USA, and France.

It is foreign investment that contributes to significant job creation, and in 2014 investment into the UK came from more than 70 countries, including emerging markets. Of the top 20 countries investing in the UK, contributing to UK jobs and economic growth, 11 were either part of the EU or within the EEA.

The Alliance
So, why can’t we merely retain a trading alliance as it’s beneficial to us all? We essentially could. But let’s take a step back. You see, in most trades between people, there is some form of contract and an understanding of terms and even an understood unspoken culture of a familiar environment. We often take this as granted between respectable parties to a trade. Now, as commerce moves into unfamiliar territories, currencies, languages, cultures, borders, labour and labour conditions all have to be negotiated and/or considered which will ultimately determine a governing legal framework.

The WTO (World Trade Organisation) sought to do just that as the development of better transportation and communication networks brought nation states a lot closer together. The EU sought to do the same, especially considering our collective history of violence and warfare, which was substituted for the immense benefits that came with economic cooperation.

The Fears
So, we cannot escape some form of governance between nations, and so far what has been unnegotiable for the EU has been:

There is certainly merit for having all the above to ensure maximisation of equity and fairness amongst member states. For instance, the ‘free’ market is not really free if you don’t have the free movement of people which contribute the most to labour cost. Furthermore, without the free movement of people into new communities, the free market could ultimately have severe consequences for the local economy in terms of job creation, welfare, and entrepreneurial success.

The fears of a stronger EU are not unfounded; in fact the fears are natural because logic would indicate that a stronger EU would mean more laws imposed on us when negotiations have not gone entirely in our favour. However, exactly the same thing happens when our local government tries to negotiate for more money for services from central government, but then again cooperation is always about compromise for the benefit of the collective whole, is it not?

Also, what do we mean by a loss of our sovereignty? It means the loss of power over our courts, our borders, our economy, and even our foreign policy and defence at the extreme. Well, the latter is not as extreme in thought any longer as the EU already has a Foreign Minister, an office which is held by the Italian Federica Mogherini and proposals for an EU army have already been tabled.

Just think about it, the continents national budgets are strained, we are unable to spend on every necessary area for the welfare of our citizens be it health care, education, defence or retirement, despite our democracies demanding it. Unfortunately, we can’t have it all. Having a closer alliance with the EU could allow us to become far more efficient in the allocation of resources. Hence an EU army may not be ideal but an economic necessity. Similarly, private healthcare to deal with the burgeoning cost of the NHS operating under EU governance as opposed to US like corporate practices may also offer a better alternative solution.

What’s more, if the UK decides to stay in the EU, I expect it’ll only be a matter of time before we also adopt the single currency.

The Alternative
I still wonder whether the referendum will even happen. I expect that it will. If however, we voted to leave the EU, it has been mooted that we could develop our alliance with the Commonwealth. But the Commonwealth is nowhere near as developed as an economy and infrastructure as the EU.  Also bear in mind our preferential access so far to the non-EU market is made preferential only due to our membership of the EU. Another irony.

Globally we account for around 4% of exports of goods and services, a figure that is falling as emerging markets become more integrated into the global economy thus having greater access to more providers of services and goods. Consider the energy markets, as emerging markets increase their demand our bargaining power will inevitably become weaker outside the EU even if we were allied with the Commonwealth which wouldn’t be able to command the same level of purchasing power.

On a philosophical note, by relying on a future alliance with the Commonwealth which might I add is based on incredible optimism, are we not merely replacing one trade and political alliance with another? Albeit the EU is one made up of grown-up professionals which we cannot necessarily command and must respect on an equal footing, whereas the Commonwealth being one that we could ‘command’ more easily possibly giving us some sense of nostalgic imperialism.

There are other alternatives such as negotiating something similar to the Swiss, a free-trade agreement, or even operating under the WTO, but all of these options reduce our ability to trade on our own terms and we would still have to abide by EU expectations on consumer protection, product standards and technical specification. Crucially, the UK would also not be able to push changes in policy that could be more amenable to its offering.

The Opportunity
We now live in multi-polar world with rising economies and stronger foreign military prowess from the likes of Russia, China and India among others. The 20th century and the early part of the 21st have seen too many a conflict on the back of technological advancement and the advancement of popular culture that for the large part has promoted respect and tolerance.

The cost of leaving the EU could severely compromise the efficiency with which the continent can respond to shared threats and market opportunities.

We must put aside our fears of ‘losing’ our national identities as identity is something that is always in flux and evolving from one generation to another. The preservation of our identities at some level means we are not willing to adapt when we find something better or more relevant to us and our place in the world. We will never lose our sovereignty, we actually never really had it in the first place, but whatever we did have will only evolve and we must be the architects for the evolution to take place in accordance to our stimulus.

Should we leave the EU, the EU will become weaker as we will too and if we cannot compete on the world stage our international gravitas would have serious challenges as we compete against emerging economies on the international scene. In a time when the geopolitics is anything but stable a strong degree of unity is overwhelmingly needed to counter the threats against the division. Only 50 years ago this would not have been a problem but today international trade and international polity are crucial to global stability.

Although the UK has been an EU powerhouse we’ve also been on the side-lines in nurturing European political development, it is time the UK becomes fully invested in the EU, accepting that there is no real alternative.

If you haven’t guessed, I will be voting to stay in the EU and for us to critically shape it!

Disclaimer: The opinions of this piece do not necessarily reflect the views of ADL Estate Planning Ltd or its management but we welcome different perspectives. 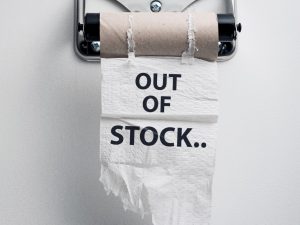 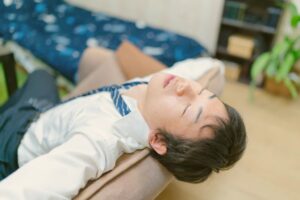 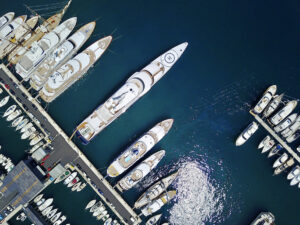 Should we tax the ‘rich’ more?