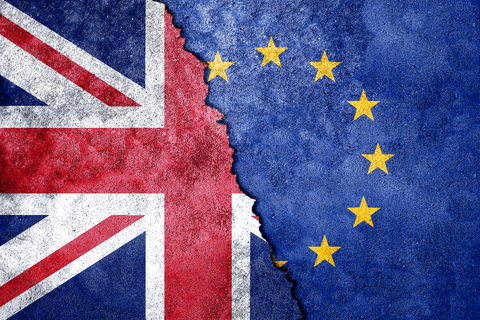 ADL Reflections – If we leave the EU.

If we leave the EU, in order for the UK to compete on the international stage it will have to reposition itself as a tax haven/secrecy jurisdiction such as Singapore and Switzerland. Any progress the tax justice network has made, I fear will be undermined.

I can also see our controls on food standards being compromised as we are forced to open our doors to American companies. We may even have to open our healthcare to American privatization. Ultimately, we would be negotiating from a position of weakness as we seek to control inflation.

Trying to fantasise about maintaining economic alliances without intra-country responsibilities unto each member state shows the naivety of the pro-Brexit discourse. Let me see if I can give you an example…a big part of a country’s economic growth relies on exporting; that is selling products and services to other countries. By this very act, we can stifle innovation in those very countries which can then lead to unemployment in thosecountries, and a skills transfer from those countries to developed countries, which can then lead to unskilled immigrants (why aren’t they called expats?) moving into countries with lax border controls, and of course civil war which is then exploited by other wealthier and more stable nation-states.

As a short-term measure in order to avoid civil disturbances, a poorer country could purposely weaken its currency. And this would allow its products and services to become more attractive to foreign companies and other countries as they’d be able to purchase products and skills at a cheaper cost base.

The devaluation of a currency is a quick way to obtain an economic advantage over itsdeveloped neighbour which may have stringent labour laws, higher rates corporate taxation, greater employee benefits i.e. pension funds that it simply can’t get rid of to lower its cost of production in order to compete.

Good luck trying to solve that mere thought experiment when trying to reduce the arguments over the UK’s future relationship with the EU to the appropriate trade tariffs on British fish.

We should remember that this continent has been rife with war but for the last 75 years or so. The fact that we’ve had relative peace on this continent for this long is a testament to the European project.

Who wins in a weaker post-Brexit world? To be honest I can’t see the EU surviving if the UK leaves but I think China and Russia will see an enormous opportunity via a weakened EU and so could begin to create alliances with individual EU states, especially eastern European states as part of the Belt and Road initiative which is progressing at an incredible pace.

That is not a bad thing, all countries have an innate right and desire to progress. The problem is we are going backwards thus no longer being able to compete as part of an up til now behemoth economic bloc.

A weakened EU, however, will also benefit hawkish US policy as there will be less of a risk the EU will be able to undermine the international sanctions it keeps throwing around. However, I believe ultimately the US’s position will suffer greatly as it will not be able to rely on an effective partner as we continue to move into a multi-polar world that sees the US even more isolated.

All is certainly not great with the EU project. It has failed and is failing in engendering a European culture because migration only goes towards the wealthier nations i.e. France, Germany, UK, but for it to truly work the economies of Eastern Europe need to be developed so internal EU migration can move towards those areas too.

And there’s the challenge – how on earth do you get the wealthier nations to fund the poorer EU nations at the expense of their own nations? Especially when you have a democratic system that is based on short-term governance where politicians make short-term promises which either require more creditthat gambles on growth or more austeritywhich undermines economic growth?

By leaving the EU, we may get more control over our economy, judiciary, and borders (although I don’t think we ever really lost it) but we’ll be beholden to international companies like never before – imagine the City of London Corporation not running the square mile but running the entire country.

Ironically, it could be phenomenal for my career/business but costs on the nation and on our children, I fear would be far too great. But maybe I’m very wrong but regardless I believe we as a nation will come through it come what may and divergence in world views doesn’t mean one should act like a moron.

Mohammad Uz-Zaman is a private client trust and estate planning consultant who holds accreditations across regulated financial advice and estate planning. He holds graduate and post-graduate degrees and he is also an associate member of the Society of Trusts and Estate Practitioners (STEP). He works closely with financial advisers, general practice solicitors, accountants and investment managers from several major practices.